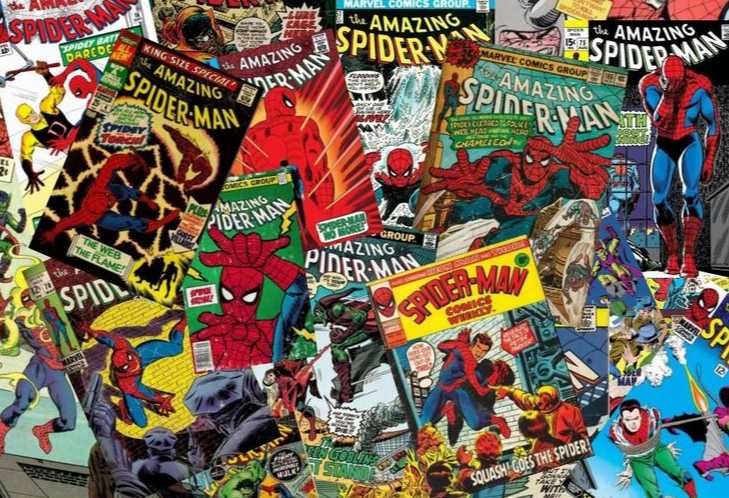 Spider-Man as a trademark: history and who owns a wallcrawler.
The last 20 years marked a rise of comic book heroes due to an astonishing success of adaptations on the big screens. Superhero movies gather millions of fans from all over the world and billions of dollars at the box office. The studio that owns the intellectual property rights to these superheroes makes huge profits from tickets and merchandising. Where a situation on the majority of characters is very clear, one of them stands out dramatically. The rights to the most popular superhero in the comics are literally tangled in a complex web. It is about friendly neighborhood Spider-Man.

It all began in August 1962 when Stan Lee, Jack Kirby and Steve Ditko, while working at Marvel Comics, created a character who can crawl up walls. From the very first issues, Spidey has gained immense popularity and love of fans. He became an icon and flagship of Marvel for many decades.

Comics, like all intellectual property, are protected, in particular through copyright and trademarks. Copyright protects an original storyline, characters and graphical elements, and provides creators with the power to control the way in which their works and the characters are used. Trademarks, in its turn, protect the names and features of the characters. Spidey was first registered as the trademark “THE AMAZING SPIDER-MAN” (US Reg. No. 885910 – 1970-02-10) of Marvel Characters, Inc. in 1970 under International Class 016 – comic books. Subsequently, the trademarks “SPIDER-MAN”, “PETER PARKER”, “ULTIMATE SPIDER-MAN” and even the famous phrase “WITH GREAT POWER COMES GREAT RESPONSIBILITY” were also registered. The classification of these trademarks has now covered comic book printing, multimedia, and merchandising.

However, in the 90s of the last century, comics began to rapidly hemorrhage their popularity, and publishers went bankrupt. Marvel Comics did not evade such a fate as well, so the company began to sell the rights to its characters to various movie studios in order to survive. Thus, the Hulk passed to the Universal Pictures, and the superhero teams X-Men and Fantastic Four passed to the 20th Century Fox. In 1998, Marvel Comics went all-in and sold the rights to their most famous hero. So, Columbia Pictures Industries, Inc., a subsidiary of Sony Pictures Entertainment, buys the rights to film adaptation, distribution and merchandising of Spider-Man and more than 900 other characters associated with him for $7 million.

According to the terms of this deal, Sony owns the rights to Spidey as long as they produce at least 1 movie with him every 5 years. Marvel will receive 5% of the box-office of these movies, the so-called royalties (NB: Royalty is a remuneration for the use of copyrights, periodic percentage payments to the seller of the license, set on the basis of the economic result of the use of the granted rights). In terms of merchandising rights, Sony is free to profit from the goods related to their movies and screen adaptations, while Marvel is entitled to profit from the “classic” Spider-Man based on the publisher’s comics.

In 2009, the late Jack Kirby’s heirs filed a lawsuit to assert the copyright of several Marvel characters, including Spider-Man, who were co-created by Kirby. However, the United States District Court Southern District of New York determined that Marvel held the copyright since Kirby was an employee of a publishing company at the time of creation and his work “qualifies as work-for-hire under the Copyright Law” (Section 201 (b) of Copyright Law of the United States (Title 17 of the United States Code)). According to this Act, when artistic creations are produced during employment, the copyright in these works automatically vests in the employer.

In 2016 the world saw Captain America: Civil War, a movie in the Marvel Cinematic Universe (MCU), which featured Spider-Man. Turns out Sony and Disney struck a deal in 2015, allowing both studios to benefit from Spider-Man. It is a win-win deal, as Marvel introduces the most popular superhero into its Universe, while Sony is keeping Spidey on the big screen, associated with the greatest franchise in the history of cinema – MCU. According to this deal, solo movies of Spider-Man are property of Sony, which finances and distributes them. At the same time, Marvel takes all creative lead and producing, besides it receives 5% of the box-office of solo movies. As this deal was extremely successful for both parties, it was extended in 2019 for more joint movies.

Moreover, The Walt Disney Company purchases Marvel Entertainment for $ 4.5 billion in 2009, making Disney the owner of the Spider-Man comic book publishing and comics merchandising rights. Two years later, in 2011, Sony is going through a rough time and starts to sell its intellectual property rights. In the course of one of such deals, Disney buys out the remaining Spider-Man merchandising rights, allowing them to now sell the goods based on Sony movies as well.

As of today, the rights to Spider-Man are divided into 3 categories:

• Spider-Man in the comic books is owned by Marvel Comics, hence by Disney;

• Spider-Man on the big screens is owned by Sony Pictures;

• Spider-Man in form of merchandise is owned by Disney as well.

This position of power is unlikely to change in the near future, because the movie adaptations of Spider-Man are the most profitable sources of income for Sony – the last movie Spider-Man: No Way Home in 2021, even during the pandemic, earned more than $ 1 billion in the first week. As long as the movies about Spidey are so successful, it is hardly worth talking about the full return of the rights to the character to Marvel.
© 2020, Black Swan Consulting, LLC. TAX ID 306 049 811. Entered in the register of the Ministry of Justice by order No.675433.